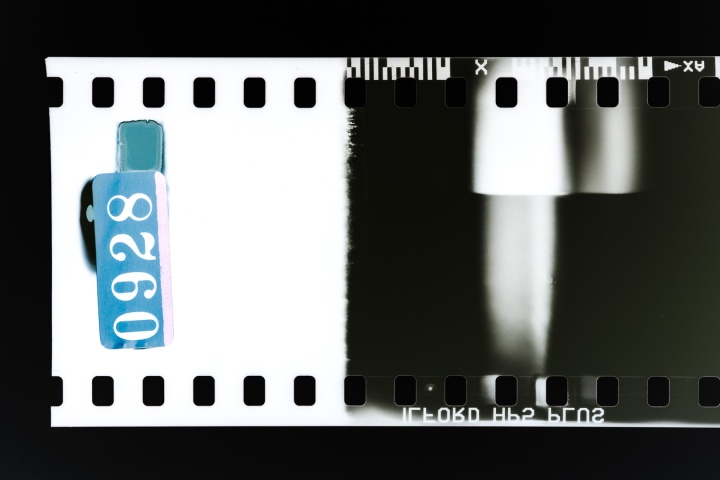 I’ve been mooting the idea of trying analogue photography again for awhile, inspired in part by seeing the work of the After Alice Project, a local group dedicated to documenting Calderdale and its inhabitants exclusively on film. So when my Dad offered me his old Ricoh GR1s this Christmas, I decided to buy some film and take the plunge.

I’ve shot film before of course, being in my 30s now I grew up in a world where film photography was the norm. When I was a kid back in the 1980s, I was taking snaps on holidays and school trips with a fixed lens 35mm automatic. I had a bit of a hiatus from photography in my teens, before getting back into it when I went to university. I bought a Kodak Advantix APS camera and enjoyed using it for a year or so before moving on into the then new world of digital photography.

Back to the Ricoh GR1s. If that name sounds a bit familiar to you, it’s probably because of the Ricoh GR digital series which it helped inspire. As with the GR digital, it’s a compact autofocus camera built around an f2.8 prime lens. What makes this camera desirable to me is that it lets you shoot in aperture priority, offering a good degree of creative control over your photography. You get ‘modern’ niceties like light metering and autofocus so it’s still simple to pick up and use. It’s also extremely small and light, weighing in at just over 200g with film and battery loaded.

The small size of the camera does mean many of the controls and buttons are a bit fiddly to operate, and the viewfinder is positively tiny. Still it seems that with a bit of patience and luck you can still get some really nice results from it. The optics are excellent and your resolution is only really limited by the film stock you load.

One thing that tripped me up a little bit was that I picked an ISO 400 speed film. I thought that would give me more leeway in terms of poor light, but what I didn’t realise at the time, was that the GR1s has a maximum shutter speed of just 1/500th of a second! Worse yet, for anything below f11 it can only manage a meagre 1/250th. So forget using f2.8 if the sun is out – I found myself having to stop down to f16 on several occasions. Next time I’ll make sure to use a lower ISO film like a 125 or a 100, so I have a bit more flexibility.

In terms of film, as you’ll see, I’ve opted for black and white. I went with Ilford’s HP5 Plus, which as mentioned above is an ISO 400 film. I had the film processed by Ilford, but digitised the negatives myself using my X-T1* mounted on a tripod over a light box. This worked really well and yielded roughly 10 megapixel shots using the 60mm macro with its 0.5x maximum magnification. Having RAW versions of the negatives and all the control of Lightroom at your disposal is fantastic.

* I could have had a bit more resolution if I’d captured the images with my X-Pro 2 (about 15 megapixels), but since Fuji still only supports tethering with the X-T1 & 2, it was simply easier to use that, as I wanted to be able to check the images on a big screen immediately. Also with the grain size of this film, I don’t really see much of a meaningful difference between 10 and 15 megapixel digitisations.

So in no particular order here’s a selection of my favourite photos from my first roll. These have all been processed to taste in Lightroom from the captured negatives. All the shots are taken in and around Mytholmroyd in West Yorkshire.

I’m really pleased with the overall resolution and sharpness of the images produced by the Ricoh and HP5. There’s certainly a fair bit of the grain visible in the skies, especially when you start to pull down the exposure, but overall there’s a really nice, slightly intangible quality about film photos that I rather enjoy. It’s definitely something I think I’ll explore further.

As usual if you’d like to support the site, please consider buying a print from my online store here or on Etsy.

Update: 6 Feb 2017, added a photo of the Ricoh GR1s and improved the layout of the portrait orientation photos.