On a warm and sunny spring day there are few nicer places to be, than wandering the trails that criss-cross Hardcastle Crags. A beauty spot just north of Hebden Bridge, that has drawn visitors from far and wide for over a century. The landscape is rugged and interesting, having been carved over eons by the fast flowing Hebden Water. A good mix of deciduous and evergreen trees provide shelter from the scorching sun and shade a carpet of bluebells and other wild flowers. The estate is managed by the National Trust so the paths are kept in good order and there’s no litter or other blight to spoil the views. It’s a great place to put a camera through its paces and have a thoroughly enjoyable day out. As it happens I have a new camera that I’ve been eager to acquaint, or perhaps I should say “reacquaint”, myself with. So I thought this would be a great opportunity to do a quasi-review and share some images of this beautiful place.

My first Fuji X camera was a 1st generation X100. It was a camera I really adored and got great use from, but which fell out of favour after I got my first interchangeable lens Fuji, an X-E1. While I loved the versatility and 35mm equivalent lens, the old 12 megapixel sensor and clunky, slow performance (even compared to the X-E1) eventually led me to sell it. Since then I’ve often lusted after its replacements, first the X100S and then the X100T – but I’ve always had other things to worry about spending money on, so it had remained a pipe dream. That is until a few days ago, when I came across a bargain priced X100T with barely 100 shots on the clock on eBay. I’m now the proud owner of that camera!

Since it’s now been around a year and half since the X100T was introduced, it’s at what I’d consider a good price range on the secondhand market. The S can be had for a bit less, but not at enough of a discount to make up for its shortcomings in my opinion. There’s also still a sliver of hope the T might get a firmware update with some new features or performance improvements whereas that’s generally considered to be completely off the table for the S model. Either way, at least the T is sufficiently close in terms of performance and features to cameras like the X-T1 and X-T10 to feel very familiar. 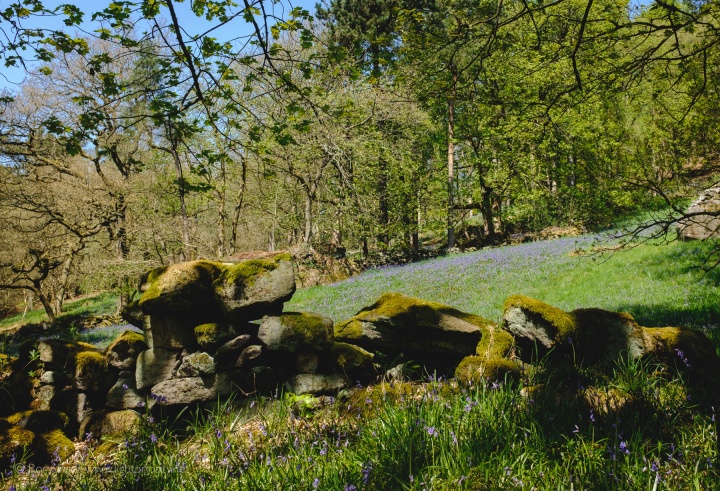 As with every generation of X100, the handling out of the box isn’t great, especially for one handed shooting. To make this camera really shine, it benefits massively from a hotshoe mounted thumb grip and a half case makes it more comfortable to hold while providing some protection against knocks and scrapes. A lens hood and filter adapter are also must haves. Thankfully cheap 3rd party alternatives are now readily available as Fuji charges an insane premium, especially for the filter adapter and lens hood. Unfortunately good quality thumb grips are still quite expensive, and getting one designed specifically for the X100T is important due to the placement of the drive button and command dial. It’s also best to avoid ones that offer no bracing against the camera body as they put a lot of strain on the hotshoe. I’d recommend either the Lensmate or Match Technical models. 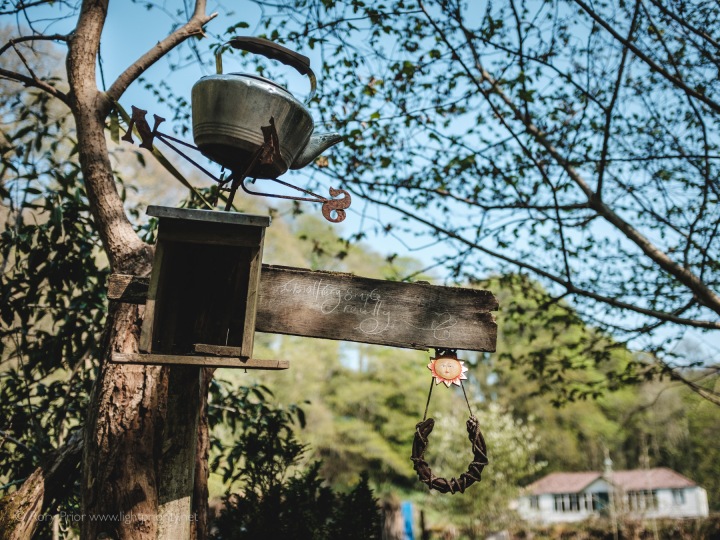 The X100T performs very nicely in use – I wish I had a 1st generation X100 on hand to compare it to, as I’m sure the difference would be night and day. In terms of general operation I’d say it’s more or less equivalent to my X-T10, which makes sense as they share the same basic hardware and the firmware versions aren’t too far removed, with the exception of the major autofocus changes Fuji made last year. Speaking of autofocus, in general it’s very good, although it won’t be setting any speed records. Things do slow down a bit in lower light and outside of the phase detect area in the centre of the frame, but I think it’s nothing a competent photographer can’t work around.

After going for three years sans-X100, I perhaps looked back on some aspects of it with rose tinted glasses. I’d forgotten for example, how much of a challenge it was to achieve decent subject separation with its 23mm f2 lens. You might think that’s obvious from the focal length, but given Fuji’s 18mm f2 is quite capable in this department and is even wider, it’s a shame the X100 lens falls down here.

The biggest limitation of the lens is the hazing it produces at very close subject distances when shot at f2. This necessitates stopping down to at least f4, and that really mitigates the shallow depth of field advantage you get from being close to your subject in the first place. Bokeh at mid distances is also a mixed bag. It can be quite harsh with the wrong background, to the point where in many cases it’s safer to just stop down and get everything crisp and use some other technique to draw the eye.

The lens also seems to exhibit more field curvature than I’m used to seeing with Fuji glass, where focusing at some distances can leave the edges of the frame softer than they should be – even when stopped down to moderate apertures. I think this is probably slightly more pronounced on a 16 megapixel sensor than it was on 12, so stopping down a little more than strictly necessary can be a good plan. You’ll notice I shot most images here at f8 to mitigate this issue.

Field curvature concerns aside, the overall sharpness of the lens is excellent, especially in the centre of the frame where it’s outstanding. 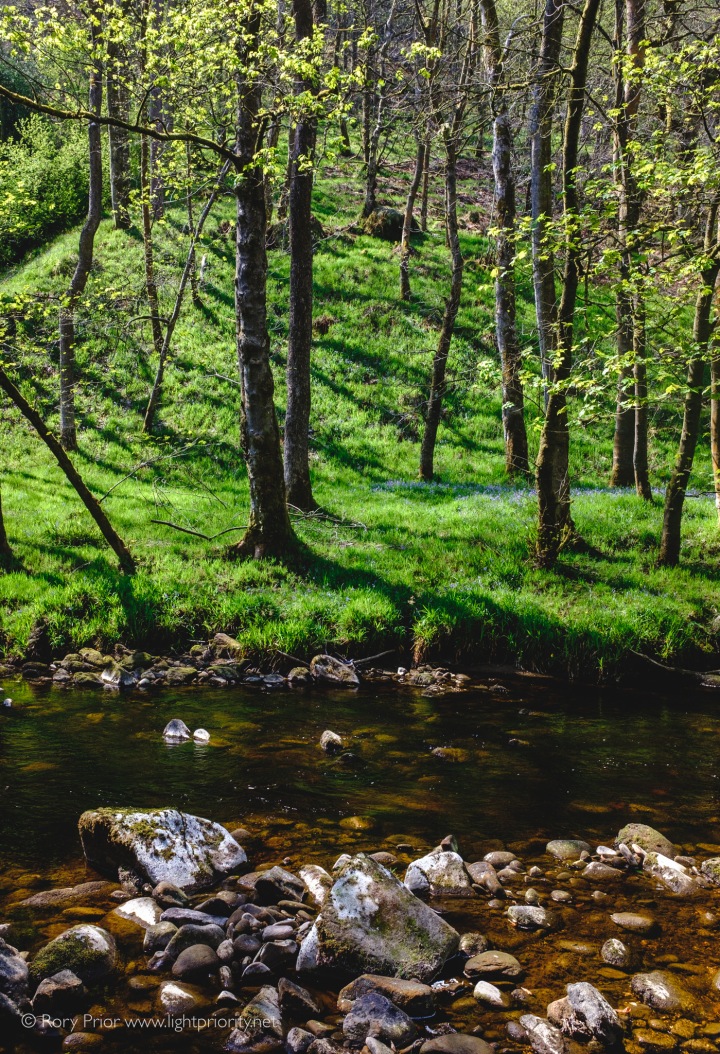 All lens complaints aside though, I’ve completely fallen in love with the 23mm (35mm equivalent) focal length again. I really like Fuji’s 35mm lenses (50mm eqiv.), particularly the 35mm f2. They are great for many things which the X100’s 23mm lens is bad at (see above), but I often can’t shake the feeling that they feel too tight for a lot of general shooting. The 23mm lens just offers that bit of extra flexibility in composition, without throwing up all the challenges that 18mm and wider focal lengths do with controlling the scene or dealing with converging verticals. It’s a shame that the only current 23mm lens for the interchangeable lens Fujis is a bit of a behemoth. Hopefully rumours that a 23mm f2 akin to the new 35mm f2 prove correct.

I’m making a concerted effort to make more use of the optical viewfinder in the X100T, and after shooting with purely electronic viewfinder based cameras for quite sometime now, it’s a refreshing change. Whether I end up mostly using the EVF again, like I did with my 1st generation X100 or not remains to be seen of course. But there’s something really nice about being able to see beyond the frame you’re capturing and it’s interesting to contrast what your eye sees unaided with what the camera captures when the preview pops up.

The big new feature in the hybrid viewfinder of the X100T, over the previous models, is the little tab you can activate that gives you a live preview of what the camera is seeing at the selected AF point. If you’e a manual focus fan wanting to use the optical viewfinder, this will be a major boon and lets you get closer to a true rangefinder experience. Personally I’m not entirely sold on its utility for focus confirmation in conjunction with autofocus, but perhaps it will grow on me. 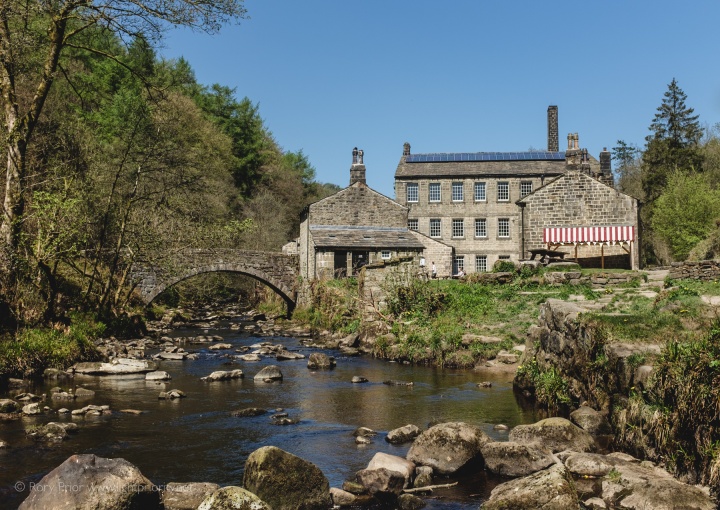 Overall I’m delighted with the X100T. It’s a much better camera than the old X100 that made me first fall in love with the Fuji system. It still shares some of the quirks and oddities from that first generation model as it’s built around the same lens, but overall it’s a very refined and polished camera. To get the most from it you will need to get some of the essential accessories I mentioned above, but the payoff is worth it. You get a very small and light camera that can tackle a huge range of subjects with aplomb.

Most of the X100T reviews I’ve seen have been heavily focused on street photography, obviously an area where this camera excels. But it’s also great for landscape work and hopefully the images here demonstrate that and provide a different perspective to your usual gritty street scenes.

As usual, if you like my writing and would like to help support me and the site, please consider buying a print on my on-line store or through Etsy.

One thought on “Spring at Hardcastle Crags with the X100T”